A forethought to my writings of how I spent Christmas this year should be a bit of an explanation of how I want to use this Blog. I've always wanted an excuse to write about more normal things and to feel a sense of professionalism throughout. With the abandonment of what this page was originally created for, I have seen the opportunity for just this to arise. So, welcome to my adventure is writing and story-telling (all on a custom domain).


Seoul is a metropolis in all senses of the word that I can imagine, and its cultural distinctions took my by storm. I wont jump right into how I ended up waking up Christmas morning and eating cold noodles for breakfast, but I will say that it was truly a great adventure. I traveled there with my girlfriend and some of her friends, all of which are Chinese. Now, I know there are some cultural differences, but it's the things I truly never even thought about that just leave me confused and sometimes angry; But now I'm getting ahead of myself-it's best to start at the beginning.

The beginning is hard to choose... Truly, it should come after the bumpy end to a school year in a foreign country. I had started a mini-war with my host school; causing more personal stress than actualized change. The end of the semester had come and it was time to move out of the dorm I had been living; Leaving without a very solid plan of where to stay, I wandered to the other dorm where exchange students could stay and found a warm welcome and relaxed rules. Staying, relatively illegally, in someones former room was much more comfortable than i think anyone would really expect.

Then, December 23rd, Tuesday, I woke up early and got on the high speed train bound for Seoul. Foreign, cold, crowded, expensive, Seoul. The ride was nice and fast, and I knew I was in for a bit of whether shift when the streams outside were frozen and the ground was covered in snow. Despite that, the weather actually warmed up just for the time I was there! Then began the traveling.

A vacation, for me, means finding a place to stay, wondering around, and then returning to that place. All the time, having a nice relaxing time. In China apparently, traveling is supposed to be exhausting, and you just crash in whatever place you can find at the end of the day. We walked around for awhile, visited a few tourist sites (a traditional palace-which was closed-and the tallest building in Korea), while carrying out bags around. I was not very pleased about this, but I remained polite and cheerful... until there was no place to sleep when I was tired. That was a trend I ended after the second day though.

Backtracking a bit, the 63 story building was very cool (even if I can't remember its name.) The building itself is something like an insurance building, but there is also a whole section dedicated to tourism. There is a food court, a ferry ride, an aquarium (I think), an IMAX theater, a wedding hall, an upscale restaurant, and of course, An elevator to the (near) top. Taking the ride to the 60th floor you can see the whole city and you have interesting sky related art on all the walls. It's a very nice atmosphere and we spent the evening there waiting to see the city's night lights.

A few whims later and I'm riding in a water taxi to what I think is where I will be spending the night. What I found was the type of situation that started to really bother me. Discussion about where to go and what to do taking place all in Chinese leaving me out of the loop and unable to know where or what things are happening. This led me to being forced to window shop for a time that I could not accurately recall, while still carrying my bags! This was not the worst thing that happened though... the worst thing was... no one knew where we going to sleep. Wandering around a metropolis late at night, fumbling around asking where where we can find a place to sleep is not my idea of a vacation. However, a taxi ride later, we found ourselves at a nice place to stay.

A side note: Korea is filled with youth hostels type places, with a twist. They are also spas. It's like being a luxury resort youth hostel for less than 10 dollars a night. They are called Jim Jil Bangs.

The next day, instead of leaving very early after a horrible night sleep, my girlfriend and I decided to take the easy morning and leave when we wanted. After all, spending all day (9 to midnight) at an amusement park, would be less amusing than the advertisements would make it seem. After relaxing in the morning and spending too much money on breakfast. The next step was to get a taxi to where we wanted to go.

Then the taxi stopped. No sign of an amusement park anywhere.

Only to find out, we are in some area known as, "Rodeo."

Quite the adventure in linguistics that neither of us had wanted to take. A few text messages later and we had 롯데월드 (Lotte World) written down for the next taxi.... who is apparently the only safe driver in Korea. Driving seemingly extra safe, means going slower, and gaining more money in a time-based taxi ride. We did finally arrive and began our adventures in the Disney World knockoff that is famous in Korea. Spent the whole Christmas eve day there enjoying the time being tourists and trying to convince my girlfriend to go on the scarier rides. It was nice, and It wasn't like my amusement park adventures of the past, the kind with the family that have the attitude of, "You will have fun, and you will enjoy yourself."

Then, we needed to find a place to sleep. After spending nearly all of my moving hours awake at an amusement park I just wanted to crash. There was no predetermined place to stay though. The plan: go to a poor neighborhood by a lot of schools to find some place cheap to stay. Yeah...

So, at about 2:00 AM Christmas day, my girlfriend and I finally crashed in a Jim Jil Bang, and it was dirty and filled to the top with teenagers who were too young to get motels. Sleeping on the floor again wasn't the bottom of the barrel though. Waking up the next morning and eating cold noodles was the bottom, and it's when I decided I needed to have a proper vacation, which meant finding my traditional Christmas donut and relaxing all day... Until my girlfriend received a call from her friends asking to meet up. When we did, they decided to move again, this time to quite possibly the busiest place in Korea at the time. I really couldn't move. On all sides, people, people, and more people. This was Christmas evening!? Cold, crowded, streets of Seoul!?

And so we left and found a cheap motel to stay at and explored some of the less crowded areas of Seoul. In the end, I had a good time exploring a bit (and feeling like I was freezing to death). The next day after having the luxury of sleeping in a bed, we just explored the giant mall attached to the station we were near. There was a high point, getting to eat dinner with a good friend I made while in Korea. It was the last chance I would have to see him before he went back to his home country of Germany, and it was a nice way to end my vacation in Seoul.

During this last day, After talking with my girlfriend for awhile, I learned that to Chinese people (and Korean as well), Christmas is just like an extra weekend. There are no strong emotional attachment or traditions associated with the day. It made me understand why my girlfriends plans were more like a normal tourist and less like spending the holidays together would be in my eyes. My behavior was probably just as strange to them as theirs was to me.

The train ride back was quiet and left me realizing I should enjoy my non-crowded area of Korea. The metropolis that is Seoul is an international city and let me blend in a bit more. However, I feel the less developed area that I reside in provides better insight into what Koreans truly are like.
Publié par 커피 à 4:58 PM No comments:

So, after being away and having none of the other people who I planned to collaborate with contribute to the site, I have decided to change this into my own personal blog. I paid for the custom domain so I might as well use it for something!

I just got back from Seoul yesterday, and may write about that if I don't get a call for dinner sometime soon. Until then, just know that change is coming.

edit: I think I will use this site in conjunction with a small site I created. 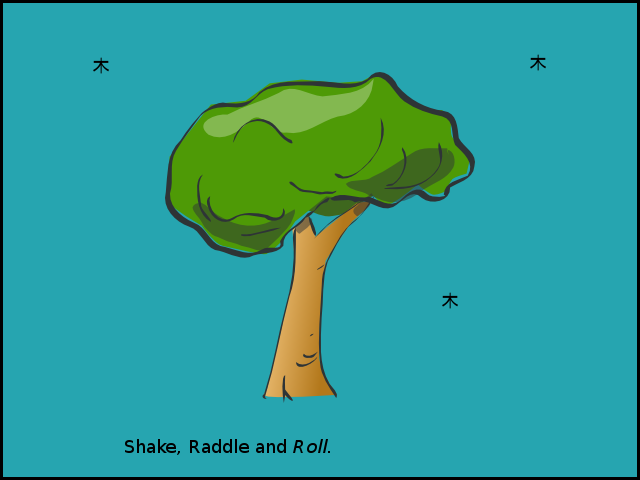 Last comic for this week! It's been a good first week I must say, and I look forward to what's to come. I won't be here next week. So, you'll get to see some new styles starting Monday. Enjoy!
Publié par 커피 à 1:08 PM No comments: 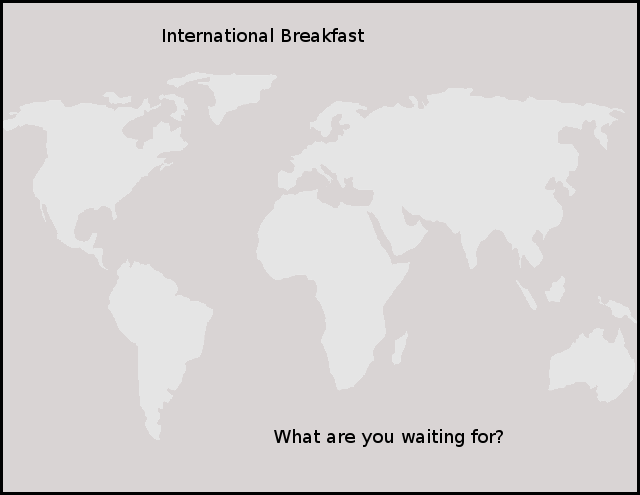 I went to Gyeongju 경주 today, and I just got back to my computer now. Next week I will be going to Seoul, so I'll have to set something up with the other members. 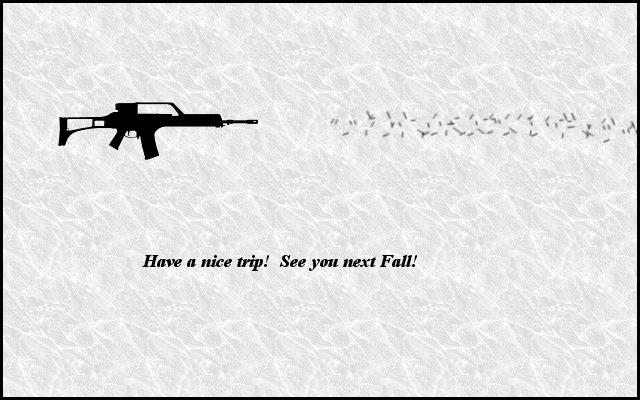 I'm going to Seoul next week and a traditional village tomorrow! In other news, I have registered the domain www.nightlynoise.com!
Publié par 커피 à 4:07 PM 2 comments: 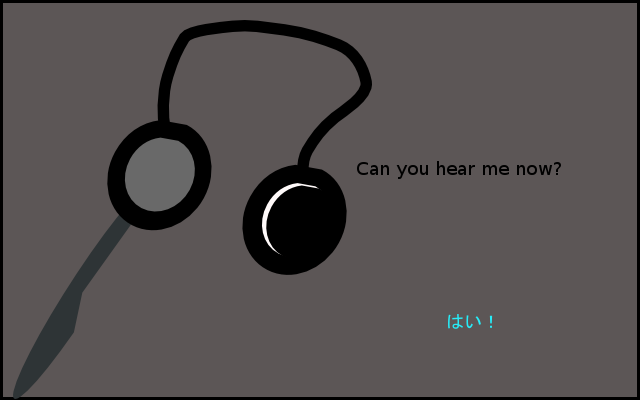 Discussing when to realize comics with the people I have planned to do this with got kind of fuzzy. Being on opposite ends of the world can make communication difficult. However, I hope to be able to keep this up as daily.
Publié par 커피 à 4:21 PM 1 comment: 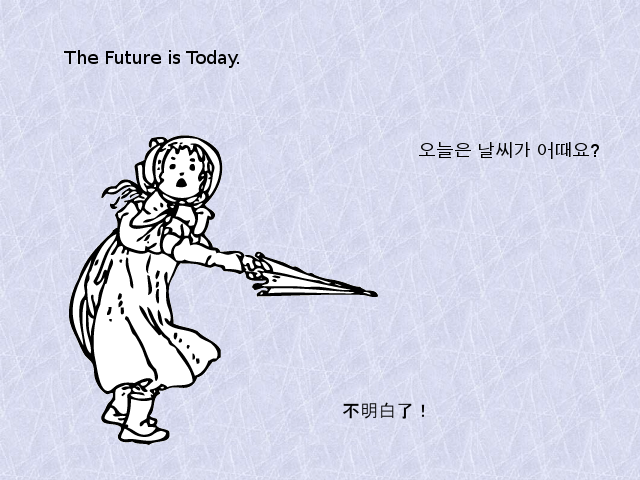 Greetings,
This is a new webcomic-ish idea coming from the minds of individuals with questionable integrity. I wonder where this journey will take us...
Publié par 커피 à 7:23 PM No comments: