World of Beer: Drink It Intern

Social media has an odd way of bringing things to your attention that you otherwise would have never noticed.

The other day while I waited on a few more segments for Comatose and was trying to figure out exactly what to write for another article today, I stumbled upon something talking about a rather interesting contest. 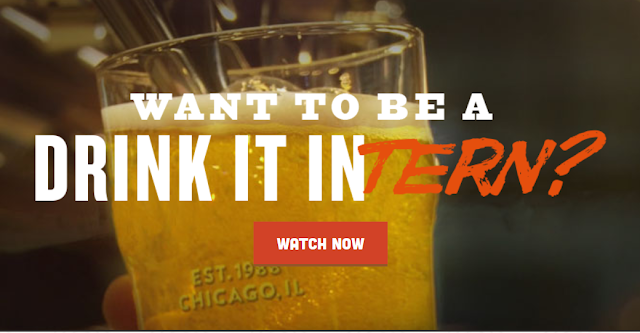 I went to undergrad at the University of South Florida, and having a chance to drink beer, travel, and support a Tampa based company all at once was a no brainer.

World of Beer is looking for interns this Summer who would travel around the world trying various beers and cataloguing their journey.

They specified needing to film an up to a minute long video where we can introduce ourselves and more or less be interviewed.

The first thoughts I had I immediately dismissed thinking that there would have already been too many people who just wanted to talk about what they like about beer and traveling. I wanted something that was strange enough to make me like it, but also possible for me to film.

I slowly made my way down to the idea of just having me sitting there silently drinking a beer. The question then quickly became can I drink a beer in under a minute?

However, after a few takes, it got harder.

The end result was interesting enough I think, and it taught me something about how YouTube copyright claims work (although that's a story for another post).

Check it out and share it to boost my chances of being chosen!